CBD
https://www.lipomed.com/index.php?section=mediadir&cmd=specification&eid=66
DEA Effective: January 13, 2017.
Controlled Substances- by DEA Drug Code Number
Consistent with the Controlled Substances Act (CSA), the schedules contained in DEA regulations include marihuana (drug code 7360) in Schedule I. 21 CFR 1308.11(d)(23). This listing includes (unless specifically excepted or unless listed in another schedule) any material, compound, mixture, or preparation, which contains any quantity of the substance, or which contains any of its salts, isomers, and salts of isomers that are possible within the specific chemical designation. Because of the definition of marihuana in 21 U.S.C. 802(16) includes both derivatives and preparations of marihuana, the DEA until now has used drug code 7360 for extracts of marihuana. This final rule finalizes a  July 5, 2011, Notice of Proposed Rulemaking (76 FR 39039) in which the DEA proposed that a new drug code 7350 be used for extracts of marihuana.

Consistent with the Controlled Substances Act (CSA), the schedules contained in DEA regulations include marihuana (drug code 7360) in Schedule I.

https://www.federalregister.gov/documents/2016/12/14/2016-29941/establishment-of-a-new-drug-code-for-marihuana-extract
slug = marihuana-extract
Hemp NOT  marihuana…
The 2018 Farm Bill action removed the entire hemp plant, its derivatives, and its seeds from DEA authority for parts and products containing THC levels not greater than 0.3 percent. The U.S. Department of Agriculture (USDA) regulates the importation of all seeds and plants for planting to ensure safe agricultural trade.
Scott’s take. Know where your CBD Isolate came from. If from Marihuana not good. If from Aerial parts of hemp? (open for debate).
Authority having jurisdiction usually means the state, but it could be FDA,1 FTC, 2 USDA,3 EPA, 4 tribal government, county or city.
Scott’s take. A state can direct the sales of extract from hemp to move only through dispensaries. 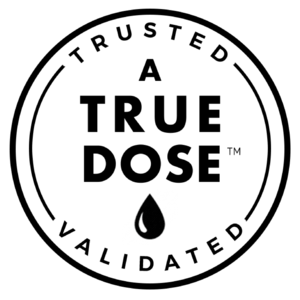 The CBD Store is in the ready.

Neurogan is fast becoming one of our best selling brands.

And as I was creating this newsletter Safe Harbour Wellness filled out the form. whoop!😍😍😍👍
So you want to be listed in The CBD Store… Fill out the form, please, thanks. Scott Salisbury Founder
https://buycbd.co/prospective-vendors-cbd-store-listing/
Sponsored

Type in the brand name SEARCH